Which one should you use?

“Geodemographic segmentation refers to a range of methods used for classifying and characterizing neighbourhoods or localities based on the principal that residents living near each other are likely to have similar demographic, socio-economic and lifestyle characteristics. It is used for a wide range of purposes including direct marketing, retail location, service area analysis, housing market analysis, and public service targeting.”

Approximated Social Grade with its six categories A, B, C1, C2, D and E is a socio-economic classification produced by the ONS (UK Office for National Statistics) by applying an algorithm developed by members of the MRS Census & Geodemographics Group.

“A broadly similar approach was applied to the 2001 Census, however it should be noted that the 2001 and 2011 Social Grade outputs were modelled using different algorithms, employing different variables. Therefore, it would be misleading to use Census outputs to examine trends in approximated Social Grade profiles between 2001 and 2011” (https://www.mrs.org.uk/cgg/social_grade).

The concept of a Household Reference Person (HRP) was introduced in the 2001 Census (in common with other government surveys in 2001/2) to replace the traditional concept of the ‘head of the household’.

HRPs provide an individual person within a household to act as a reference point for producing further derived statistics and for characterising a whole household according to characteristics of the chosen reference person.

For a person living alone, it follows that this person is the HRP. If a household contains only one family (with or without ungrouped individuals) then the HRP is the same as the Family Reference Person (FRP).
For families in which there is generational divide between family members that cannot be determined (Other related family), there is no FRP. Members of these families are treated the same as ungrouped individuals.
If there is more than one family in a household the HRP is chosen from among the FRPs using the same criteria used to choose the FRP. This means the HRP will be selected from the FRPs on the basis of their economic activity, in the priority order:

If some or all FRPs have the same economic activity, the HRP is the eldest of the FRPs. If some or all are the same age, the HRP is the first of the FRPs from the order in which they were listed on the questionnaire.
If a household is made up entirely of any combination of ungrouped individuals and other related families, the HRP is chosen from among all people in the household, using the same criteria used to chose between FRPs. Students at their non term-time address and short-term migrants cannot be the HRP.

The person in the household with the largest income, whether from employment, pensions, state benefits, investments or any other source. 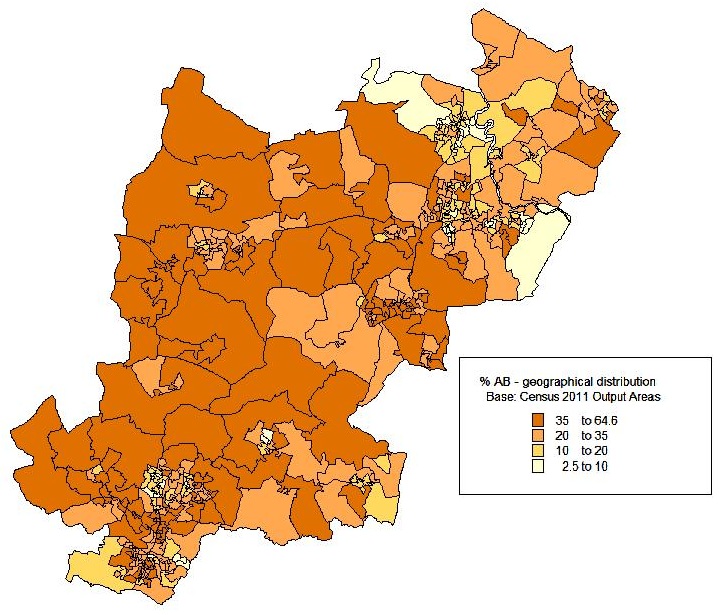